India that is Bharath my Holy and sacred Motherland
Was the master of astrology based on astronomy grand
For centuries and centuries- the earliest in the world
Sun and moon, planets and stars –their movements well studied and researched!

We gave the exalted position to the astronomical
Phenomena- as Gods in all our temples-Navagrahas
Offer prayers all the days around the year- their movements
Planet to planet-with special prayers invoking their grace!

To day was the day that saw Galileo discovering first
Three satellites of Jupiter- in Sixteen Ten-deemed to be great!
Galeileo Galeilei astronomer, physicist, engineer,
Philosopher, Mathematician-Father of Modern Physics!

Father of observational astronomy, father of the
Scientific method- Father of Scince- his findings rejected by the clergy
Kept under house arrest for decades-peculiar is the
Way of the world! We salute him as we salute Rishi-Scientists! 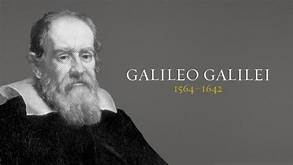