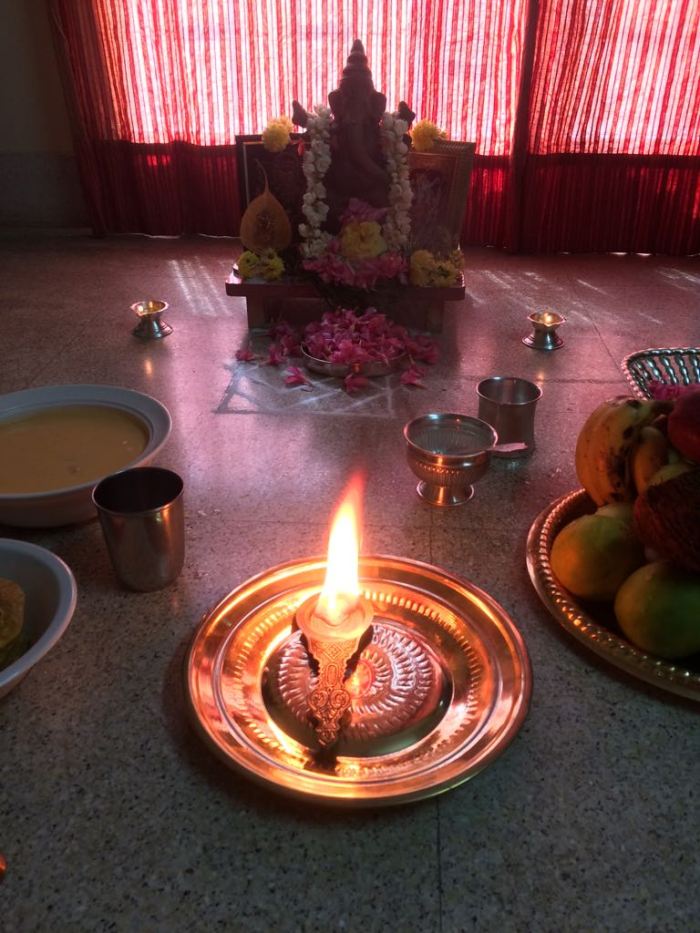 Ganesh Chathurthi in Bangalore-Photo by Ramnath and Sharadha.

Of all the Hindu pantheons, Lord Ganesha occupies prime
Otherwise called VIGNESHWARA-the dispel-er of all vignas
Hurdles and hiccups! Ganesha the Hindu deity reached foreign
Lands! Ganesha by Hindus outside India made others to follow!

Acceptance of Hindu ideas in ancient times still
Continue today in world religions.Ganesha was a deity
Particularly worshiped by traders and merchants,
Who went out of India for commercial ventures.

Ganesha is considered FIRST FULL GOD in India-the son of
Eashwara! Any thing good to commence HE is propitiated!
Today is Ganesh Chathurti and we pray and invoke HIS
Blessings for the welfare of humanity as a whole!

Sri Ganesha is adored and worshiped across the world and throughout time. In Egypt sculptures of Lord Ganesha were found in excavation sites, …