Our holy Motherland is a blessed land indeed for having given birth
To several Saints and Seers, devoted and erudite who spread Bhakthi
Cult in this wonderful land with great sincerity and devotion
Which no other can claim on earth. We are indeed a proud Nation!

Six hundred and forty second Birth Anniversary of Guru Ravidas
Is today the nineteenth February.Guru Ravidas a famous saint
Of the Bhakti Movement. His devotional songs and verses made impact
Upon the devotees.Ravidas is also revered as Raidas, Rohidas and Ruhidas.

Guru Ravidas was born at Mandhuadhe in Varanasi, birthplace is known
As Shri Guru Ravidas Janam Asthan a major place of pilgrimage for all.
Bhakthi manifests through bajans and songs- elevating the soul
On this holy day let us pray for all through his bajans all. 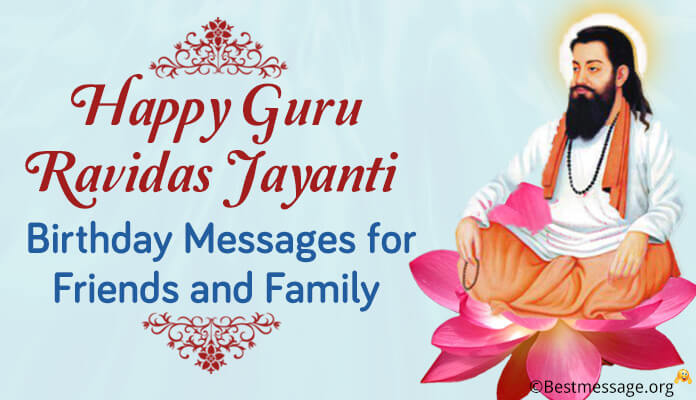