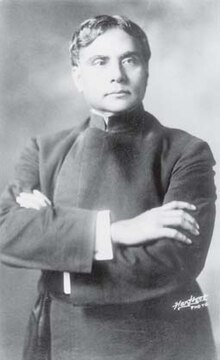 Indian Saints and Seers are the greatest gift of our Holy Motherland
India that is Bharath! But they are for the whole world as God’s messengers.
They have gone to countries several and spread the message of peace and harmony
This series pays homage to such Saints and Seers and solicits their grac

Swami Abhedananda lived during second October Eighteen Sixty Six and
Eighth September nineteen thirty nine was a Disciple of Ramakrishna
Paramahansa.and the founder of Ramakrishna Vedanta Math. Swami Vivekananda
Sent him to the West to head the “Vedanta Society of New York” in Eighty Ninety Seven.

Abhedhanandha spread the message of “Vedanta” a theme on which
He authored several books through his life, and subsequently founded
Ramakrishna Vedanta Math, in Calcutta and Darjeeling”
He was born in north his father was Rasiklal Chandra and
His mother was Nayantara Devi. at the age of 18, while studying for the school
final examination he left his home to be with Ramakrishana during his final illness.
first at Shyampukur and then at Cossipur Garden-house near Calcutta 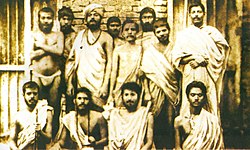