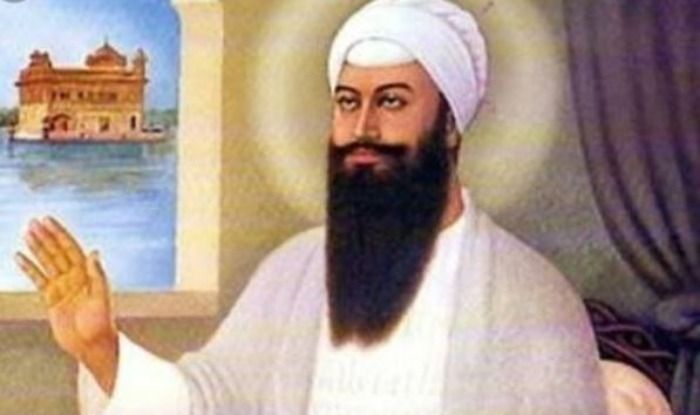 Our holy Motherland India that is Bharath home of religions
Several- coexisting with freedom of practice- Hinduism,
Jainism, Sikhism, Islam and Christianity, -all great religions
Preaching peace and harmony, love and service to all human beings!

Guru Arjan Dev, the fifth guru of Sikhs,  first of the two gurus to be
Martyred in the Sikh faith. compiled the first copy of the Sikh scripture
Adi Granth- Guru Granth Sahib. First Guru  born in the Sikh family,
Completed the construction of Darbar Sahib in Amritsar, compiled the
Hymns of previous Gurus and other saints into Adi Granth and installed
In the Harimandir Sahib. In sixteen hundred and Six, he was captured by Mughal Emperor Jahangir and was imprisoned in Lahore Fort due to his  Influence in
Northern India and the fast spread of Sikhism.
Guru also blessed Jahangir’s rebellious son Khusrau.  his conversions to
Sikhism threatened the orthodox Muslim clergy and Hindu elite.
After arresting  guru, Jahangir asked him to convert to Islam but he refused.
He even fined the guru with Rupees Two Lakh plus removal of all text
From the Adi Granth that the Mughal emperor found ‘offensive’ !
He refused. Jahangir condemned him to be tortured to death.