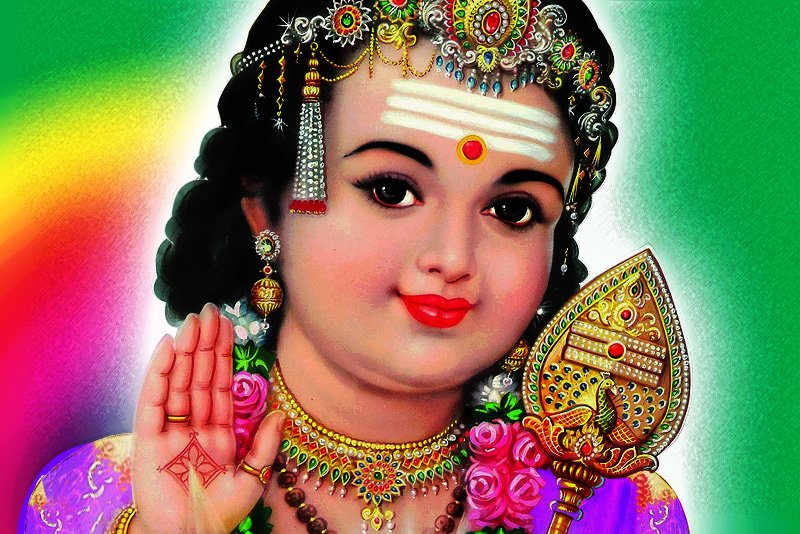 Karthigai or Karthikai nakshatra (star)comes every month and such days are marked by special pujas and rituals at all Lord Murugan temples. However, the Karthigai nakshatram of Aadi month receives special interest and is considered highly auspicious, because, the Sun starts its southward journey on Karka Sankranti ie., July 16. This marks the end of uttarayana period and the beginning of dakshinayana punyakalam.

The events of Lord Muruga’s birth is elaborated in the Skanda Purana, where it is said that Lord Shiva created Muruga from his Third eye in the form of six flames. These flames in the form of babies were raised by six celestial nymphs or maidens known as ‘Karthigai Pengal’ at Saravana poikai. Lord Murugan was merged into One from these six children by Goddess Parvathi.

As reward for their selfless service, the divine duo – Lord Shiva and Goddess Parvathi, blessed the Karthigai Pengal with immortality. Also, worshiping them will be seen as worshiping Lord Murugan himself. Thus, by honouring Karthikai star one is honouring Lord Karthikaya as well.

Normally Hindus have the practice of worshipping their KULA DHEYVAM- Family Deity- and an ISHTA DHEYVAM- Deity of one’s desire. In that way my ISHTA DHEYVAM is Lord Muruga! I have visited the above SIX Abodes of Muruga- AARU PADAI VEEDUGAL- a number of times a great experience!