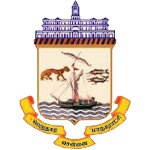 Madras Day  in Tamil Nadu is celebrated today August 22. It commemorates the foundation of the administrative center of the state. Originally known as Madras, it was renamed Chennai in 1996.

The first European settlement in the area of present-day Chennai was a port founded by the Portuguese and called São Tomé. Ninety years later, the Dutch established themselves north of Chennai. The settlement now known as Chennai was founded on August 22, 1639. On this day, Andrew Cogan and Francis Day of East India Company purchased the village of Madraspatnam from the viceroy of the Vijayanagar Empire. The name Madras is believed to have been derived from the name of the village.

The founding of Madras was first observed in 1939, when the city celebrated its 300th anniversary. The celebrations were officially sponsored by the British government, although it was the only time that the colonial authorities did so. Another large-scale celebration was held in 1989 (the 350th anniversary).

The idea to celebrate the foundation of Madras every year was born in 2004 during a meeting of the trustees of the Chennai Heritage Foundation. Although the city has been called Chennai since 1996, the name of the holiday includes the original name of the city as a sign of respect for its history and heritage. According to the authors of the idea, the main task of Madras Day is to focus people’s attention on the history of the city, its past and present.

The inaugural Madras Day celebration in 2004 included only five events, but the celebration has been growing in scale ever since. For example, the 357th foundation anniversary of Madras was celebrated with over a hundred events lasting from August 10 to September 14, 2014. The programming included exhibitions, lectures, discussions, poetry readings, concerts, parades, food festivals, quizzes and competitions, special radio and television programs, and more.

Madras Day is co-organized by various institutions and organizations. For instance, the programming of the 2015 edition included events planned by the Chennai Heritage Foundation, the British Council, the Roja Muthiah Research Library, the Press Institute of India, the Madras Naturalists’ Society, the Photographic Society of Madras, and others. Mylapore Times, a local newspaper, runs the annual T-shirt design competition.

LET US ALL ENJOY THE THREE HUNDRED AND EIGHTIETH BIRTH DAY OF OUR GREAT MADRAS ALIAS CHENNAI!!