This day is celebrated at all Army Command Headquarters. While the preparations are going on, due to the third wave of the global pandemic of COVID-19, the day will be celebrated amidst stringent protocols. 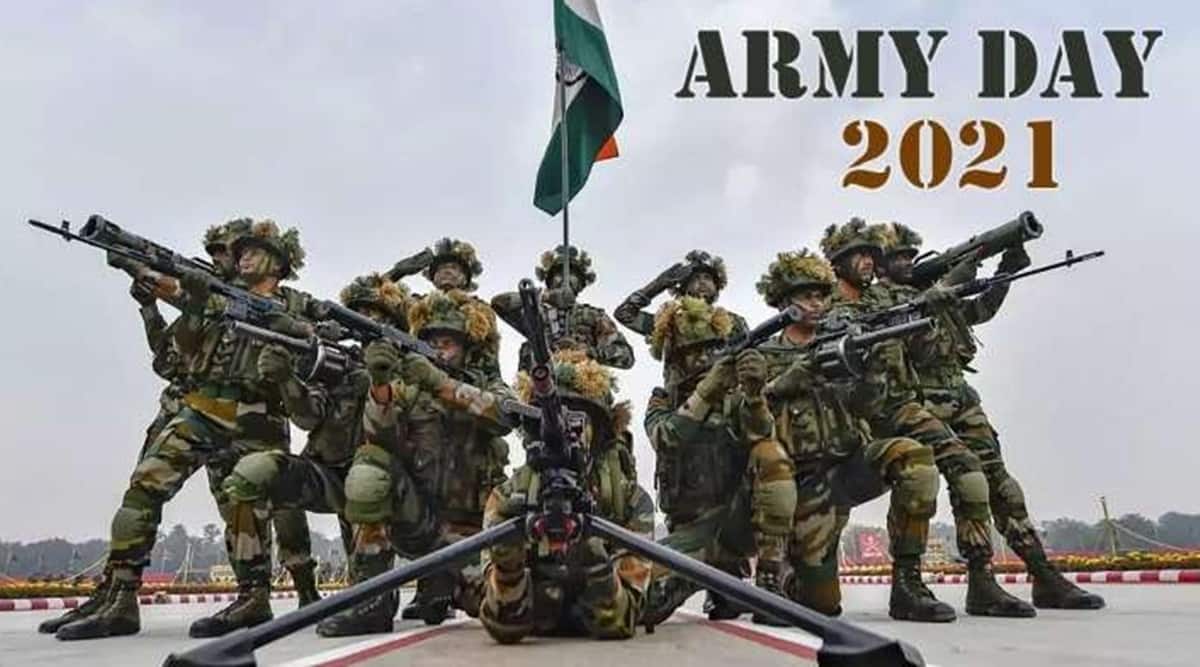 The transfer of power from the British to India is the most important chapter in the history of India and its independence from foreign rule. (Representational image)

India will be celebrating 74th Army Day on January 15, 2022. Each year on this day, the soldiers of the army are honoured, who have served the nation selflessly and set the greatest example of brotherhood. This day is celebrated at all Army Command Headquarters. While the preparations are going on, due to the third wave of the global pandemic of COVID-19, the day will be celebrated amidst stringent protocols.

On April 1, 1895, the Indian Army was officially established. However, in 1949, once India got its independence the Army got its first chief. It was on this historical day, the formal handing over of the Indian Army took place. General Sir Francis Butcher handed over the baton to Lieutenant General KM Cariappa.

In 1947, in the war against Pakistan on the western border, Lt Gen Cariappa led the Indian Army. On January 14, 186, he became the second highest ranking officer in the Indian Army when he received the title of Field Marshal of India. The first officer to receive this highest ranking was Sam Manekshaw in 1973.

The transfer of power from the British to India is the most important chapter in the history of India and its independence from foreign rule.

On this day all the Command Headquarters as well as the main headquarter in New Delhi celebrate this day, when there are military parades as well as display of the latest technology the Indian Army has either acquired or incorporated in service.

What to expect on display this year?

They will showcase their arsenal of weapons and platforms including drones, Advanced Light Helicopters, the new Light Combat Helicopter from the state owned Hindustan Aeronautics Limited (HAL) which the Indian Army has plans to deploy in the Galwan sector.

Also on show will be the BLT T-72 ‘Bharat Rakshak’ tank, the 155mm Soltum Gun, and the BrahMos Missiles.

Each year, the main event is the parade, at Cariappa Parade Ground at Delhi Cantt. The Army Chief General Manoj Mukund Naravane, takes salute and on this day Bravery awards like unit credentials and Sena medals are also awarded.

Is this India’s version of US Veterans Day?

In a way, yes. On November 11, the US celebrates Veterans Day and pays homage to the soldiers who served the nation.

Who has the largest army in the world?

According to the numbers in the public domain, China has the largest army in the world. On number two is the Indian Army and has around 1.4 million military personnel in active duty. Technologically, India is far behind the US, China and Russia.

He was called ‘Kipper’, by his colleagues, and during World War I (1914-18) he had received military training.

In 1919, he was in the first group of Indians to be selected and he was sent to Indore for training.

At the end of his training he was commissioned in the Carnatic Infantry. And after a long outstanding career he became the first chief of the Indian Army in 1949, January 15.

He was first ever Indian officer who was conferred the ‘Order of the Chief Commander of the Legion of Merit’ – by the US President Harry Truman.

When he retired from the Indian Army, till 1956, he went to serve as High Commissioner to Australia and New Zealand.

With the 141st view at 18.00 hours yesterday the FOURTEENTH January Twenty Twenty Two -the sacred day of PONGAL- the Blog crossed a thrilling THREE LAC FORTY NINE THOUSAND views from more than 210 countries of the Globe on 2539th day of the Blog and on its2689th post thanks to the support extended by our esteemed viewers which kindly continue. Regularity and content of the post will be hopefully continued thanks to God’s grace and blessings.