Indian independence activist, and the first Prime Minister of India
Central figure in Indian politics before and after independence.
Emerged as an eminent leader of the Indian independence movement.
Served India as Prime Minister from  Nineteen forty Seven
Until his death in Nineteen Sixty Four.
Son of Motilal Nehru, a prominent lawyer and nationalist statesman
And Swaroop Rani. Nehru was a graduate of Trinity College, Cambridge and
Inner Temple, where he trained to be a barrister.  enrolled at the
Allahabad High Court and took an interest in national politics.
Replaced his legal practice. A committed nationalist since his teenage
He became a rising figure in Indian politics during the upheavals.
Became the prominent leader of the left-wing factions of the
Indian National Congress earlier  and finally entire
Congress, withApproval of his mentor, Gandhi.

Nehru and the Congress dominated Indian politics
As the country moved towards independence. His idea of a secular nation-
State was validated when the Congress swept the provincial elections and
Formed the government in several provinces; Nehru,  reluctantly heeded
Gandhi’s call for immediate independence.,
Nehru was elected by the Congress to assume office as
India’s first Prime Minister,  Gandhi felt Nehru as his political heir and Successor. As Prime Minister, he set out to realize his vision of India.  he Started an ambitious program of economic, social and political reforms. Chiefly, he oversaw India’s transition from a colony to a republic, while nurturing a plural, multi-party system.

Under Nehru’s leadership, the Congress emerged as a catch-all party,
Dominating national and state-level politics and winning  three Elections .
He remained popular with all in spite of political troubles in last years
His birthday is Children’s Day.We salute Nehruji on this memorial Day. 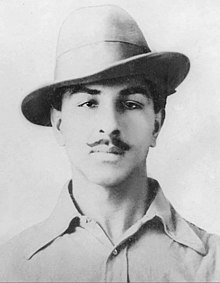 Path to Indian freedom was quite long, painful and tedious
Leaders and workers in thousands sacrificed  their all in their lives
Many were not there to see the Nation becoming independent
We enjoy freedom at their cost not repaying our debt of gratitude !

One of the many revolutionary workers fighting for freedom
Was Shaheed Bhagat Singh -executed this day twenty third March
In Nineteen Thirty One. Born in nineteen hundred and seven
Sacrificed his life before twenty five years of age!

Socialist revolutionary whose two acts of dramatic violence
Against the British in India and execution at age twenty three
Made him a folk hero of the Indian independence movement
One was fatally shooting down a twenty one year Police Officer.
In December Nineteen Twenty Eight- John Saunders, in Lahore.
Singh was convicted and hanged in  when he was just twenty three.

Shaheed Bhagat Singh became a popular folk hero after his death.
Jawaharlal Nehru wrote that Singh  became popular because
He vindicated the honour of Lala Lajpat Rai and  the nation.
Let us pay our respect to that great nationalist on this holy day. 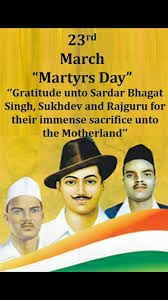 Panchayat Level to Parliament Level Indian democracy
Is great and strong  thanks to the efforts  of the great leaders  like Gandhi
March fifth today it is Panchayati Raj Diwas in Odissa!
State Government holds Panchayati Raj Divas on Biju Patnaik’s
Birthday  with a theme Gaonra Bikash-Odishara Bikash.

Chief Minister Naveen Patnaik is the chief guest at the State-level
At the Jaydev Bhavan. A photo exhibition is held  for the  occasion.
Best gram panchayats would be felicitated on this occasion.
Also  observed at district-level across the State.
On this happy day we ll wish the State all peace and prosperity!
In the fitness of things all states are to celebrate in a grand manner
Basic unit of the great democracy in India that is Bharath our homeland! 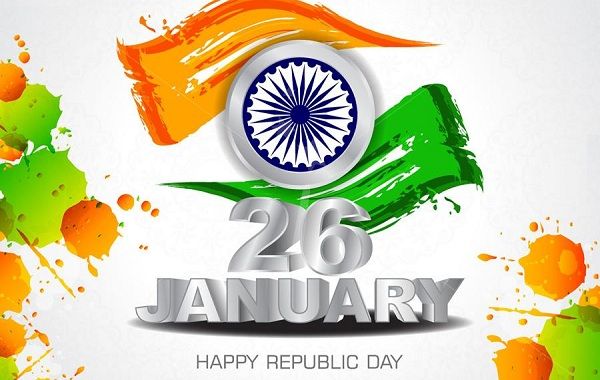 Rights yielded place to a free license
License to indulge in deeds nonsense
Nonsense leading to atrocities
Beyond all due sensitivities!

Our success and failure, good and bad
Who is responsible- sure I am!
R-day resolve- to all should be same!
“Let me mend my mind, tame my thought
With power of will, evils to be fought
Sure allow not my Motherland rot! 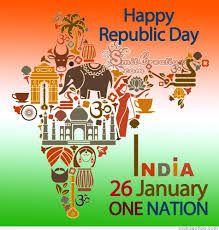 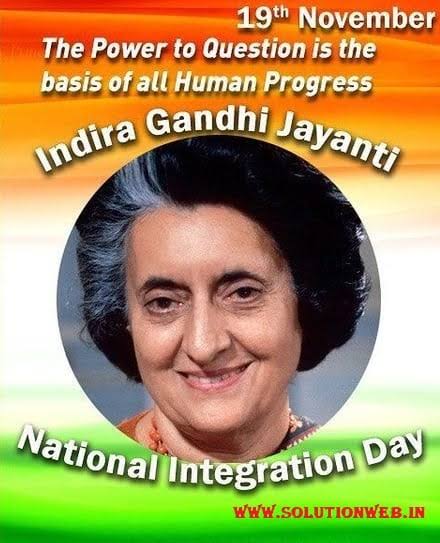 November Nineteenth- Indira Gandhi’s birth day is today a nice day
To remember that iron lady-daughter of Jawaharlal Nehru
Rightly observed as National Integration Day very important
Now in particular when it is in danger unfortunate.

Divided it was prior to independence-dog in the manger
And then Gandhi came-Mahatma- he brought in unity and lead
Lead the country to freedom through means non-violent and truth great!
India that is Bharat has a past glorious to be proud of

Builders of modern India are great and many to talk of
One such gem indeed the first woman Prime minister precious
Indira Priyadarshini, noble daughter of noble Nehru!

She has a place indelible in Indian history sure
No force on earth can erase her name, fame and services pure
Grateful nation and loyal patriots have all praise for her
Bitter pills she prescribed wonderful, nation failed to pursue!

Nineteenth November Indira’s birth day- a great day is this day
To be observed as National Integration Day and all pay
Tributes to her vision and mission, strength of mind and conviction
May her spirit and soul guide the nation with all the greats we had! 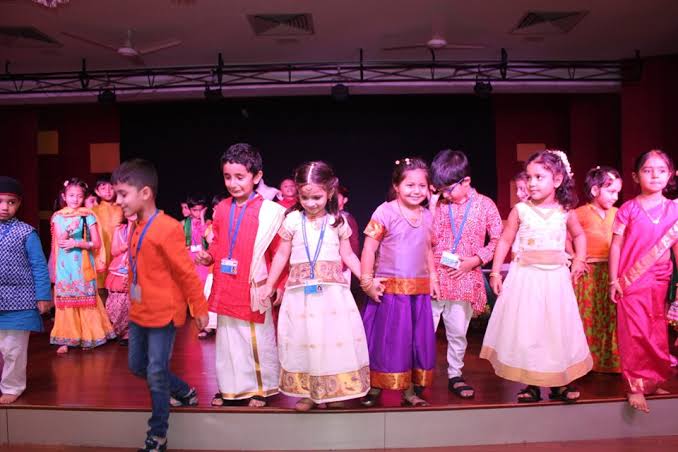 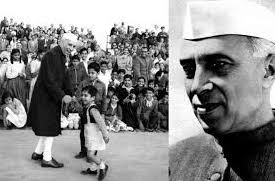 Nehru loved roses immense and so the children – kept rose in his packet
And children in his heart! Children loved him in turn and hence his birth day
Is not Nehru Birth Day but CHILDRENS DAY! dedicated to the children’s welfare
Let us on this day recollect his great services to India and the children! 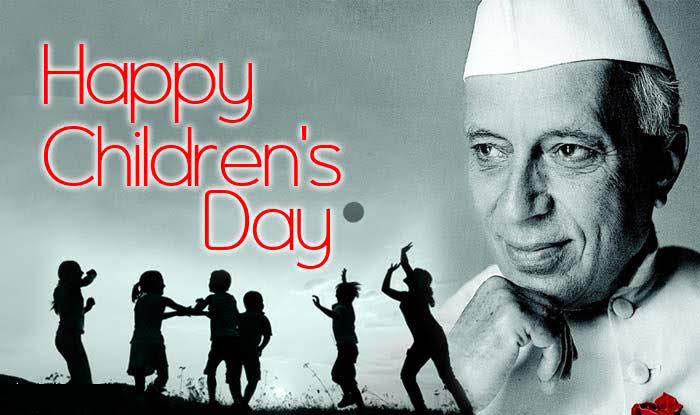 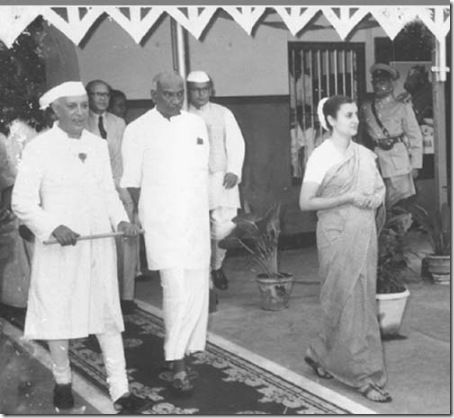 My holy and great Motherland gave birth to several greats
To take care of hard won freedom and its democratic values
Great Pandit Jawaharlal Nehru as one such Prime Minister
Friend of the poor Chief Minister Kamaraj great and selfless worker!

Humble worker of the Congress movement under Mahatmaji
Born on Fifteenth of July in the year Nineteen Thousand Three
In the South of my sacred homeland-India that is Bharath
Led the State and the Nation in a variety of noble ways!

The greatest Chief Minister Tamil Nadu privileged to have
The finest King Maker of India ever seen and had
His selfless service and sacrifices made him the noblest
Ever remembered for eternity- let us seek his blessings! 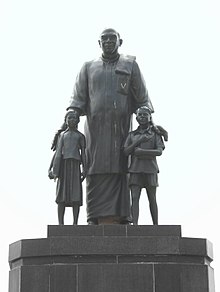