India that is Barath our sacred home land is called MOTHERLAND
Woman is the best of the creations of the Omniscient Lord Almighty!
Women in general are the incarnation of Goddesses- Durga,
Lakshmi and Saraswathi-giver of valor, wealth and knowledge!

March 8th today is WORLD WOMEN DAY- to resolve to put an end to
Nasty violence against women and abuse. But for my MOTHER Where and how am I in this world? This year’s theme of the day is:
“An equal world is an enabled world.
Individually, we’re all responsible for our own thoughts and actions – all day, every day.
We can actively choose to challenge stereotypes, fight bias, broaden perceptions, improve situations and celebrate women’s achievements.
Collectively, each one of us can help create a gender equal world.
Let’s all be Each for Equal.”

Let us pay our love and respects to all the WOMEN on Earth on this holy day! 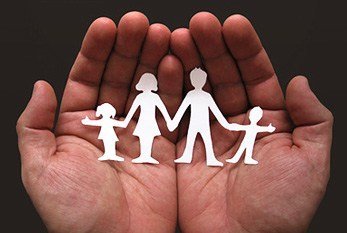 No man is an island by himself-he is a part of his family,
His family part of the society. society is part of the world
Naturally one has to follow the norms-noble norms of the family
Society and the world to make living pleasant and harmonious!

International Day Of Families is today the fifteenth May
Highlighting importance of families – basic units of society.
United Nations General Assembly announced fifteenth of May be
Observed as such reflecting importance that the international
Community attaches to families as basic units of society
And its concern regarding their situation around the world!

Unfortunate joint family system yielded place to individual
Family -shrunk in size to nucleus family with parents and one or two
Offsprings! May be the need of the times to reduce the stress and strain
Of a big family! If peace and pleasure are ensured we agree-and God bless!

MY LIFE’S LIGHT WAS SHE.

My “Life’s Light Left” this day three years ago exact
Keeping me desolate among a crowd of greats-left
To fend for myself despite kith and kin with me
That is HIS will- Omniscient God- who loves me!

Together we were for more than four and a half decades
In thick and thin, in joy and sorrow near with her,
And away- far far away- leaving her to take care of  children
No murmurs, no expression of regret- all Mother’s grace!

The cruel hands of destiny and death carried away
My beloved better half-years three are gone
Gone with the times remaining every minute
In my thoughts with misery unbearable-absolute!

Seen off at Kadapa railway station on our way to Kolkatta to receive Micheal Madhsudhan  Academy Award twenty years ago. 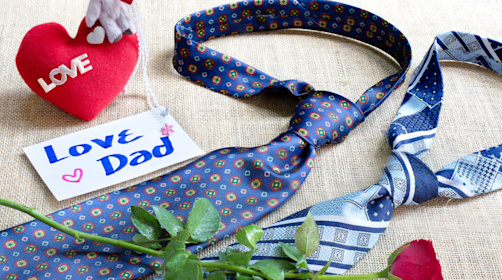 Fathers’ Day is a celebration honoring fathers and celebrating fatherhood, paternal bonds, and the influence of fathers in society.

In the hierarchy of Indian persons to be
Revered and respected “FATHER” stands next to the
MOTHER and before TEACHER and God! Great indeed is he
“Fathers’ day” observed all over the world on eighteenth right!

In the creation of God and the noble thoughts of the
Human beings-father and fatherhood have a special
Place of honor-the role he plays sacrificing his self
For his family-kith and kin-  great and noble shelf!

On this sacred day, let all pray, revere and respect
Godly fathers-responsible for what they expect
For their welfare- joy and peace, health and happiness ever
In their old age, take care-keeping them in old age home never!

What a fall from the noble concept of joint family-dove
Turned to be a nucleus family today bereft of love
For elders-parents, grand parents, uncles and aunts, cousins great
The golden days of yore are gone! Small family today’s treat!

The loss of family values, depreciation of nice
Institution of marriage and all made FAMILY DAY a spice!
To celebrate happiness, love, loyalty and devotion
Let us all join and pray for peace and harmony in the nation!

Family day let us hold is for undying values sure
Love, loyalty and that it is great happiness to all pure.
I stand not for me alone and I am for all- all through life
Million families make the mighty world with joy and light!.

THE E magazine INDIAN PERIODICAL regularly publishes my articles in their weekly updates. For this Sunday’s  kindly click the second link, select my ARTICLE on BHARATHIYAR’s – OBEISANCE TO THE NATION read and make your kind comment on the space provided beneath the article which will benefit  other readers also.

Greatly beloved daughter of God Almighty was she from birth
Chose to take her to HIS heavenly abode through the arms of death
Not before testing and torturing bit by bit for days and days
When God wills, none could help and win – she fell from HIS grace!

Beloved daughter of her loving parents, affectionate sister
Of her brothers and sister, dedicated friends to all her classmates
Four decades four years dutiful wife for her husband and soul mate
Caring mother, teacher and guide for her sons three next to God!

For her walking mates all in all; she was speaking politics,
Music, discourses, and health in channels many acrobatics
Fine aunty she was to children and youngsters in the colony
All shedding tears though a couple of years are gone -tragedy.

Well read and decently qualified with a double degree
Ever fond of reading books and magazines; great devotee
Of Mother, Aurabindo, Babas and Hindu Gods well devoted
Sharing knowledge with all young and old looking for her kindly grace!

Fateful day it was twentieth August twenty fourteen
Radiant Renuka Recalled to her heavenly abode
Leaving me in eternal grief and loneliness -hard to come out
Albeit all love and affection showered by all others at home!

Radiant Renuka with her soul mate and sons and daughters like daughters- in- law.

The moving finger writes and having writ moves on. Yes, that moving finger of my life wrote and having writ moved on- my beloved better half was snatched away by that moving finger in the form of cruel hands of death and destiny exactly two years ago. That fateful day was Wednesday, the 20th August 2014. Today is 20/8/2016.. What all I could at that time was to put in my outpourings in the form of a write up “END OF AN ERA”. If any of my viewers are interested to read I can send personally by email. Please let me know your mail id .Thanks.

Here is my tribute to her paid above on the second anniversary.

Oh, My Lord, the entire world is Thy benign creation
Of all creations- man is the roof and crown-perfection
Manpower sure is the strongest and lovely in the world
Nations to be proud of its people healthy, wise and bold!

July eleventh, U N declared “WORLD POPULATION DAY”
Sure to focus the attention of the world on this day
On issues important and urgent that impact the world
Peoples’ mind to be attuned to meet the challenges bold!

A theme based observation each year should be to focus
Current year’s is INVESTING IN TEEN AGE GIRLS quite pious
Neither here nor there not knowing the society-innocent
Being exploited by the unscrupulous- risk imminent!

Parents, teachers, elders and the society be vigilant
To make them informed and self reliant limbs pertinent
For the success and well-being of the world at large pure
All have to pledge to work with conscience clear and sure!