For children, grand parents are  needed more  than even their parents
Unique indeed are human relationships all over the world!
If parents are harsh-naturally they are- grandparents play their role!
Loving and affectionate- saying parents are as good or as bad when young!

September Eighth designated and observed as GRANDPARENTS Day
America in particular observes the day to bring awareness say
Among the children and adults to think of adopting the old
Who need attention, affection, love and care in their old age!

Wherever they are and however rich and great are the senior
Citizens in their evening of their lives need care and affection
By their children and grandchildren. Many do not get what they need
And find themselves in the old age homes-pitiable they are indeed!
Duty of the young is to extend maximum love and care to ensure
Their grandparents enjoy their lives till their last breath! 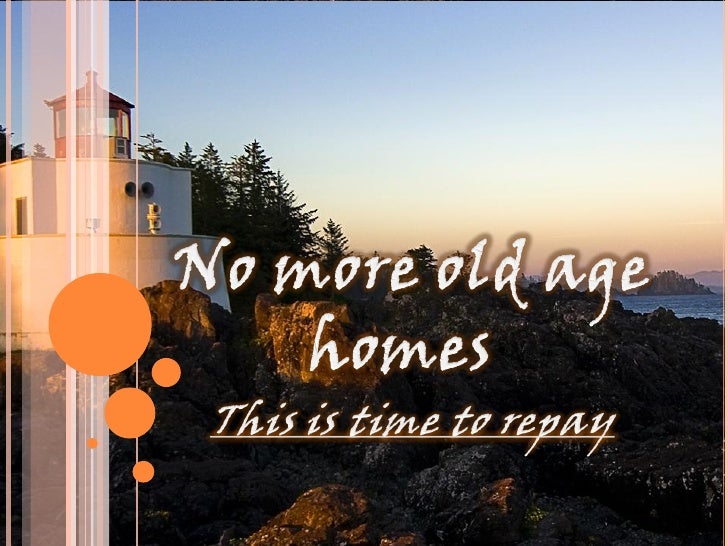 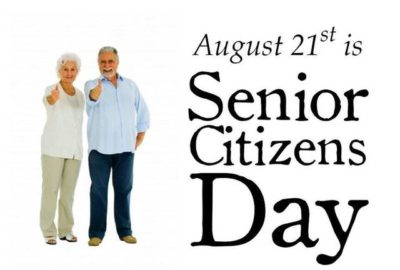 Senior Citizens are not born as Senior Citizens ever-never
Today’s children are tomorrow’s senior citizens -after very long gap!
If one is blessed with a long life,he or she bound to be senior citizen
Lo! The youth think not and we see OLD AGE Homes filled fully all over!

August Twenty First today is Senior Citizens Day talked about
And observed and celebrated every year! United Nations General Assembly
Announced in Nineteen Ninety to bring issues to light about the issues
influencing older individuals, such as disintegration with age and abuses.

Moral, ethical and financial norms do expect the children who availed
All affection, care, concern and comforts of stay and studies
To take care of the elderly parents keeping with them and providing
All their needs till death in a peaceful and pleasant way! 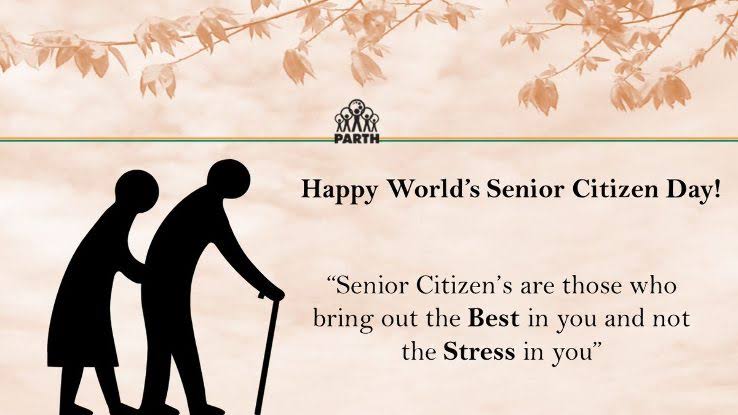 My esteemed viewers  would have easily guessed from the topic that this week\s Sunday Story  should be a continuation of the subject that was dealt with on 18th of this month-“THREE D’s DAY IS TODAY”!

Yes, DEMOCRACY’s DEMAND is that every eligible voter must vote whether it is local elections or for the State Legislature or our Parliament.

It is really unfortunate that we do not take it us our sacred duty and democratic right to exercise our franchise.
Otherwise how can we justify just 67% voting in Tamilnadu?
Well  many eligible voters are  refused to vote as they do not find a place in the Electoral roll- is a different tale of woe!
There are many paradoxes in the voters’attitude I could witness though I complied with the DEMOCRACY’S DEMAND!
On the one hand I see a man aged 103 voting with pride  and on the other youth not preferring to!!

You find a couple at the top showing their inked fingers with pride after voting and they are in the same colony where I am.
On the other hand I came across  a few couples  having gone all the way to the correct voting booth had to return disappointed that their names are not found in the electoral roll! In those days parties as well as government will issue booth slips in advance and we used to go and vote without any hassles. This year the Government has banned the issue by the parties and in many many ares the Government has also NOT ISSUED resulting in a lot of hardships to the voters  who were desirous of voting.

My experience I shared with my whatsapp friends on return:
“Started waiting in the que first at 6.30 am and successfully voted as the nth Person in the Meenakshi Mat. School and thus discharged my democratic duty and availed my democratic right!”

My inked finger photoed by Nivetha.

Voting percentage is a poor 71% to my expectation as a pure democrat This could have been improved with greater cohessive activities by the Government such as issuing the booth slips to all the votersw in all the areas in advance, better management of booths in the sense-I had to go from one to the other as my name was not in the list maintained at the one though the board outside indicated that is where I had to vote  polling officials were better better trained and involved and so on. This is not to point out an accusing finger but earnest appeal of an interested patriotic citizen.

A good intentioned person in one of the party help desks near the voting station, asked me “whether I have voted in any of the previous elections?” I told him “yes friend I have been voting from my 22nd year of age in 1963 to this day 79th  year of age without fail  whether it is local body, state legislature or parliament “.

I do fully realize and appreciate the himalayan task involved in conducting the LOk sabha elections  in our country so vast-from East to West and North to South. But we have enormous man and machine power  to successfully accomplish this stupendous work periodically.

Today I am supposed two awards  for my supposed literary work one at Kandaswamy College , Chennai in the morning where I present my poem in கொளுத்தும் வெய்யிலில் “சில்”லென ஒரு கவியரங்கத்தில் “நீர் மோர்” -In the Evening I am getting my Bharathi Award in Triplicane after presenting my Tamil poem on Bharathiyar.

On 5th may I am supposed to get my KAPILAR AWARD after presenting my poem on the NEW WORLD in Tamil.

Well  thus we wind up our Sunday story and we shall continue our thoughts tomorrow. Till then GOOD BYE! 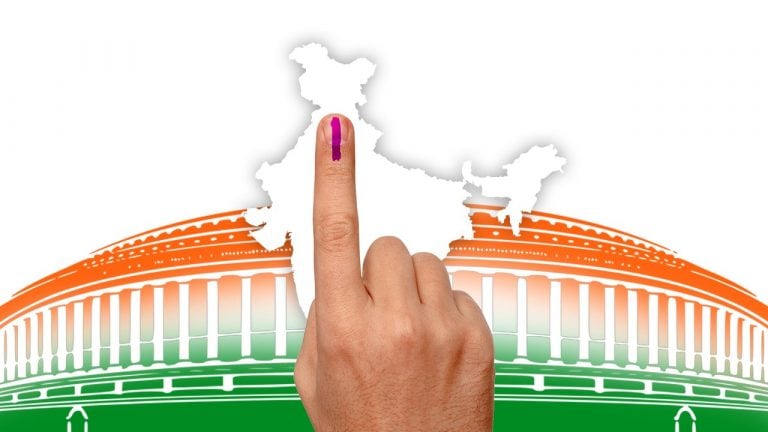 Senior Citizens not to be deemed as burden
And left in the old age home! Sure duty of children
To keep with them and shower all love and affection
That they received from parents while they were young or old!

To maintain active and healthy life and
To take care from certain unforeseen problems,
Let us please note and follow the cautionary suggestions:

A study in the United States shows That over 51% of Old people fall down while climbing stairs. Every year, many Americans are killed by falling while climbing stairs.
Experts suggestions:
After 60 years:- these 10 actions should be avoided:
1. Do Not climb staircase.
If must climb, Hold on firmly to Stair-case railings.💐

2. Do not rapidly twist your head.
Warm up your whole body first.😇

3. Do not bend your body to touch your toe. Warm up your whole body first.

4. Do not stand to wear your “Pants”. Wear your Pants while sitting down🙏

5. Do not sit up when lying face up. Sit up from one side (left hand side, or right hand
side) of your body.🙌

6. Do not twist your body before exercise. Warm up whole first.

7. Do not walk backwards.
Falling backwards can result in serious injury.❤

8. Do not bend waist to lift Heavy weight. Bend your knees & Lift up Heavy object while half
squatting.😎

9. Do not get up fast from bed. Wait a few minutes before getting up from bed.🚩

10. Do not over force defecation. Let it come naturally. 😇

One more important thing one must be active always think positive as life has started now only after all years of hard working now it’s time to enjoy life. ..

Growing with age- called aging is natural and nothing uncommon
For all living things on earth- God has programmed nice very common
For men and women as they grow old-concomitant is poor health
Most of the aged financially down, mentally broken.

Need help from all- known unknown, friends-relatives-more from their children
Alas! Not only denied from all- but get abused in plenty.
Youngsters sit in the seats reserved for senior citizens, they stand
When questioned get abused-authorities just witnessing mutely bad.

WORLD ELDER ABUSE AWARENESS DAY is today, the June fifteenth
On this day I realize the seriousness and try to make
Others aware and think positive as to how to put an end
Before you and I become elders to be from abuses-amend!

Thank God It’s Monday Day is today the first Monday of June
Created to celebrate all the things that occur on Mondays.
Be it a new job, promotion, events, holidays, festivals
First day of the week every one begins work with a fresh start!

I felt bad about Monday start of the week ending week end
Holiday mood!- while in service going for work-may be head ache
Now leading a joyful life retired every day is Sunday
A holiday- the whole week, month and the year holidays!

In fact one has to celebrate and begin the “Thank God It’s
Monday Day” with hope, energy, and excitement to continue
It in the coming days with joy and responsibility more
All days are happy days for a positive mind very sure!

I am glad to share with you that with the 112th  view at 15.00  hours yesterday viz Sunday  the third June 2018 , total views of the BLOG  crossed ONE LAKH  AND FORTY EIGHT THOUSAND (1,48,000) from more than 210 countries  around the world on the 1192nd day and 1245th post, thanks to your support and encouragement. Kindly continue. Thanks aplenty

HEALTH IS WEALTH -the great words of practical wisdom!
If health is lost something is lost-yet another set!
Irrespective of the age and sex good health is a must
More so for the senior citizens in their evenings!

SENIOR CITIZENS HEALTH AND FITNESS DAY is today
The thirtieth of May – to emphasize the significance
Not to be a burden on others – self supporting
Till the last breathe- health and fitness encouraging!

May be habits nice and healthy-from getting up early
till leaving for sleep before nine in the night
Morning walk straight and fast,c control over the palate
And time strict-may help HEALTH AND FITNESS at the old age!

In the creation of Lord Almighty, the Omnipotent
The living beings-animals, plants, men, women competent
They may be, have to make their exit from the world one day sure
Child, adolescent, youth middle aged, old aged all pure!

All men and women beyond the age of sixty are honored
AS senior citizens and have their place of their own pleased
The day has come to declare WORLD SENIOR CITIZEN DAY
On eighth of August every year to think of them in a great way!

Citizens to be respected and taken care of are seen
In old age homes alas! Yearning for love and affection keen
From their beloved children for whom they sacrificed all their best
Left uncared and respected, selfish to the core-fallen crest!

In the fast paced life of today, our elders are often left behind. Our parents and grandparents raise us, care for us, love us and then one day we forget …

Please visit  Person of the Week at Indian Periodical