I am not a politician but a keen observer of political developments in and around me in Tamilnadu, India and the world!Political parties and the politicians of different hues and colors are fascinating indeed!

This week’s Sunday story deals with a friend of mine who was the All India General Secretary of the Lok Janshakthi party of Hon. Ramvilas Paswan. Mr. P Chandrakesan of Chennai  a politician as well as a Tamil writer- scholar- passed away recently when he was just short of one year for his HUNDRED!

When he visited me in my flt at Jeevan Bima Nagar, Chennai, we were discussing more on literature than politics. In fact in one of the Tamil monthly magazines edited and published by him with the title ”நீதிக்கான விடியல்” (NEETHIKKAANA VIDIYAL) he was publishing an epic poem “”பிரபஞ்சம் ஒரு தேரோட்டம்”-Universe- a Chariot on the Move” written by one leading poet Sri Narana.Manivannan in Tamil and translated by me into English as a serial for more than a couple of years. In fact that was published in this Blog available in the archives. Even on 19th inst. one chapter was published in this Blog which was well received by the Blog’s  esteemed readers.

This week’s Sunday story carries a message of condolence in Tamil by Mr. Manivannan and my English translation hereunder:

Time, knowledge and space blown to pieces and tearful message of condolences of the Universe!.

Author of many books like THALAIYANGKANGAKALIN SANGAMAM he is..

He belongs to the Dravidian family of Ambur Periyasami

He is an ocean of great qualities of Love, affinity, friendship, maturity etc. I used to argue with him that in the human society, there is no caste, un-touch-ability etc but he will never accept the same. Today, human society is adopting as a way of life real un-touch-ability and stands at a distance. Is it that his time and space without him has exploded and broken to pieces!

In the year 1984, Bachendri Pal became the first Indian woman and fifth woman in the world to reach on top of Mount Everest.

Himalayas -the Home of Lord Shiva and sages several!
As the loftiest mountains on Earth,  Himalayas  embody
Highest ideals and aspirations. sight of their sublime peaks,
Soaring high and clean above the dusty, congested plains ,
For centuries inspired visions of transcendent splendor and
Spiritual liberation. Puranas, ancient works of Hindu mythology,
Say of  Himalayas: In the space of a hundred ages of the Gods,
Glories of Himachal where Siva dwells and where the Ganges
Falls like the tendril of a lotus from the foot of Vishnu.
In no other mountains  Found Mount Kailas and Lake Manasarovar.
As the dew is dried up By the morning sun, so are the sins of
Mankind by the sight of Himachal!
We salute  first Indian woman Bachendra Pal who reached the great peak! 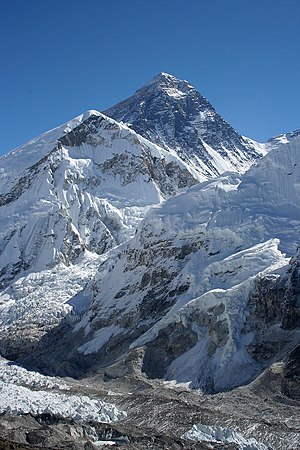 Angel Number Sixty Six comprise of the vibrations and energies of the number 6 Doubled and amplified. Number 6 carries the attributes of humanitarianism, Community, service to others, home and family, domesticity and social Responsibility, grace, gratitude and simplicity. Number 6 also relates to material Issues and provision. Number 66 is a powerful number of unconditional love, Healing and faith and trust in the Divine.Angel Number 66 is a message from  Angels to put your faith and trust in the benevolence of the Universe as your daily Needs are continually met. The angels are assisting, guiding and supporting him With manifesting his goals, desires and wishes. Keep his thoughts positive.

Angel Number 66 also asks him to balance your physical, material and spiritual Lives. Focusing on his spirituality and living a conscientious and purposeful lifestyle Ensures that his material needs are met as he serves his Divine life mission. Give any fears or anxieties about your monetary and material issues to the angels for healing and transmutation, and trust that as you live your spiritual truths all of your needs will be provided for. Be open to receiving and accepting help and assistance from his angels, the spiritual realm and other people in his life.

Angel Number 66 also suggests that all is well in regards to his home and family life. Enjoys his relationships and the companionship of those close to him and gives love freely and unconditionally.

ENVIUS THOUGHT encouraged by SHRI Vijayakumar Chelliah by his responses

WISHES VERY MANY HAPPY RETURNS OF THE DAY! 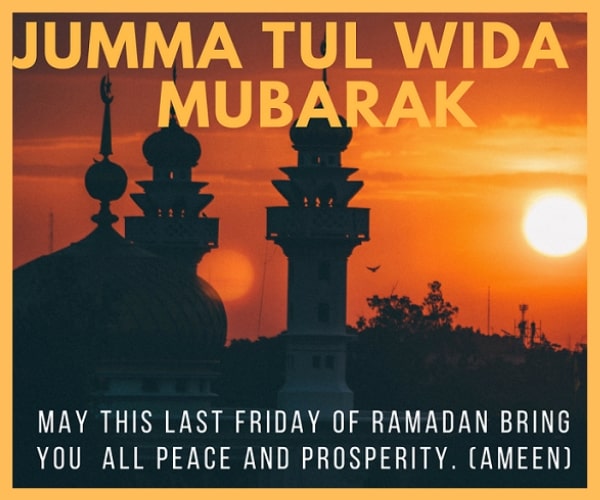 Greatness of our holy Motherland India that is Bharath
Is vasudeyva kutumbakam! Entire universe is one family!
Naturally the faiths and beliefs of all religions we appreciate!
Islam and its practices and faith universal and hence great!

Great Ramzan month is coming to an end in a few hours
Finally, the sad moment has arrived, The Last Friday of Ramadan!!
Ramadan comes with bundles of blessings and Jumma Tul Widais one.
Last Friday of Ramadan. When Ramadan reaches its end days, it gifts
Blessed Jumma Tul Vida to please Allah by changing our heart
And turning towards Him. And in return, Allah grants acceptance of
Prayers, bestows peace in  existing life, gifts forgiveness for life after death.
May HE shower HIS grace and blessings on this holy day! 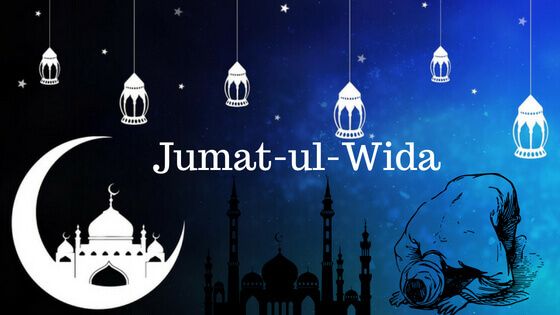 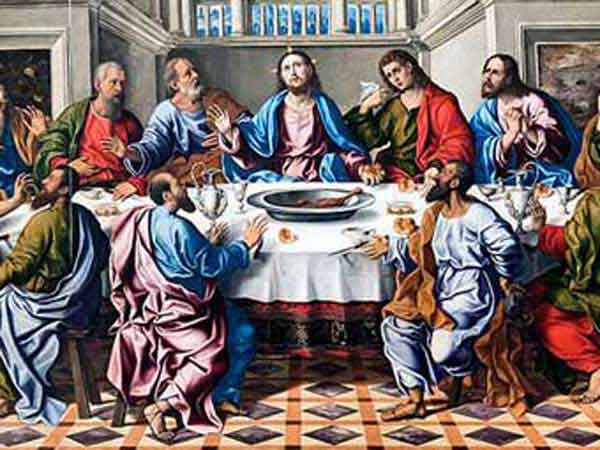 May Twenty first is today -indeed a holy day for the Christian
Faith all over! Ascension Day Twenty Twenty! observed today!
Ascension Day also called Feast of the Ascension of Jesus Christ,
Ascension Thursday and Holy Thursday is held on a Thursday
Fortieth  day of Easter- after Easter Sunday!.

Jesus, through the immaculate heart of Mary, I offer you my prayers, works, joys and sufferings of this day in union with the holy sacrifice of the Mass throughout the world. I offer them for all the intentions of your sacred heart: the salvation of souls, reparation for sin, the reunion of all Christians. I offer them for the intentions of our bishops and of all the apostles of prayer, and in particular for those recommended by our Holy Father this month. 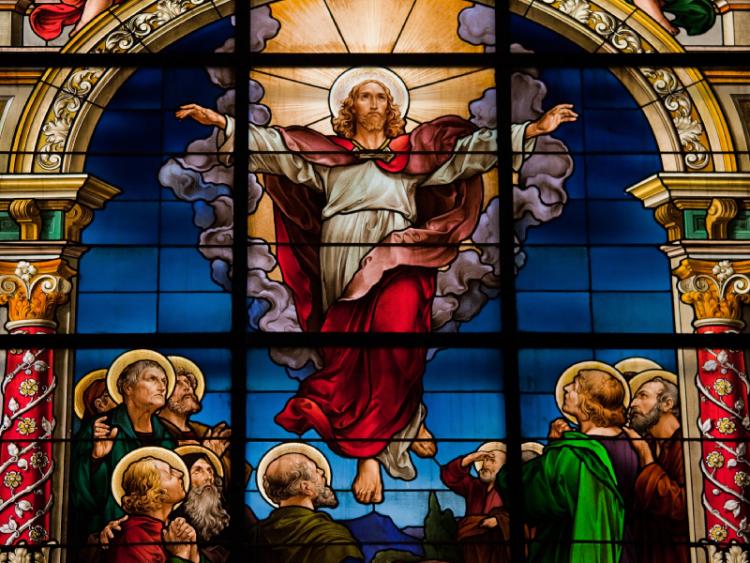 Today is the birth day of Kanchi Seer -revered as KANCHI MAHA PERIYAVA. He was born on 20th May Eighteen Ninety Four.

A  rare photo of the Great Seer is here.

On this day I recollect my post in this Blog titled “BYE TO COFFEE”. I gave up taking coffee/tea as a student of Alagappa College Karaikudi  on 14th January 1961 at the instance of Acharya which I reproduce hereunder:

Man is a bundle of feelings, emotions and habits indeed
Good or bad, good and bad matter of opinion-simple seed
That sprouts and grows into a tree big that makes or mars one’s life
Habits last from cradle to the grave- words of wisdom in file!

Taking coffee or tea, good or bad one feels in his own way
Given to addiction bad-within limit all right one may say.
At the instance of Kanchi Acharya  given up coffee-tea
Feeling great- to the envy of many- fifty six years free!

In Ooty or Churu for years temperature touching minus
Doing the difficult audit and inspection mattered little-virus
Of sipping hot tea-coffee by people all around made no dent
Sure  decades long habit from age twenty was an enjoyment!

A spiritual leader of the highest order, who came down to mundane world of things and as ‘obit-er dictum’, dwelling on a subject for a few minutes made an addict to coffee / tea till nineteen years of age ,turn into a tea-teetotaler ,in its strictest meaning!

Yes. His Holiness Chandrasekarendra Saraswathi Swamigal who adorned the Kanchi Kamakoti Peetam for 87 years, was a beacon light of spirituality and devotion, an embodiment of grace and simplicity and an incarnation of love and compassion. It was that great spiritual leader who brought about the change.

I was one of the few hundreds of devotees, who had the good fortune of having heard him on that divine evening, towards the end of December 1960 at Karaikudi ( Tamilnadu ), where I was doing my final year of graduation. His Holiness, while delivering His Anugraha bashan for about an hour ,descended to the mundane matter like the people getting into the habit of taking coffee / tea and described how the habit affects the individual, family and society!

While dealing with this topic for about ten minutes He emphatically made it clear that the perceived benefit of taking coffee is not based on scientific basis and in fact it brings more woes than benefits. He was lamenting how the present day society has fallen into the habit and even the poor who can not afford to go in for coffee, borrow and drink even though they have no rice to eat. Coffee, in the name of modern civilisation is taken in the bed even without brushing the teeth!

He went on quoting the case of a factory engaging 1000 workers – taking a couple of cups of coffee a day- waste about 4000 man minutes! He was expressing His anguish as to how and when the good sense will prevail in the people and give up the habit in their own interest and that of the family and the society.

This made a deep impact on me and I decided to give up coffee / tea immediately but bid good-bye on the Sankaranthi / Pongal day of 1961 and to this day, when I have crossed 65, I have not sipped a spoon of coffee or tea, even though I had to spend a few years in places like Ooty in Tamilnadu or Bikaner in Rajasthan, where the mercury touches at times as low as 0 or -1 / -2!

I could experience the efficacy of not falling a prey to the habit when I was in Audit and Inspection department of a nationalized Institution for about four years. During that period I had to go to different States of the country on tour. In some of the places in the interest of economy, we, a team of three or four used to stay in the R and B bungalows which will be normally far away from the hotels to have coffee / tea. I used to observe my team-mates going mad when they don’t get their bed coffee or complaining of head-ache when they miss a cup during the office hours on time and stopping further work while I was perfectly at ease, peace and poise.
I was in charge of marketing operations for quite a few years. I had to meet / call on a number of clients every day who took it as an offence when I did not accept the hospitality shown with love and respect. It is will-power that sustains us in such matters.

But for that evening of December 1960, probably I would be one among the billions who go mad at missing a cup of coffee at the hour accustomed to! 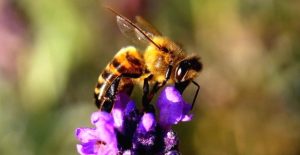 In the wonderful creation of the Lord Almighty-Omniscient
There is no difference between big and small, tall or short- no difference!
Today the Twentieth May  the  World Bee Day is to  raises awareness
About the threats to pollinators like bees by human activities.
United Nation  approved this day and the First World Bee was
The day the pioneer of Bee keeping Anton Jansa was born in Slovenia.

Purpose of the bee day is to acknowledge the role of bees and
Other pollinators for the ecosystem.
World Bee Day this years theme is “Save the Bees”.
Stressed upon the protection of bees, other pollinators and their habitats.
There are  twenty thousand different species of bees in the world.
Bees live in colonies. In each colony, there are three types of bees,
Queen bee, the worker bee, and the drone.  Worker bee’s  clean the hive,
Collect pollen and nectar to feed the colony and taking care of the offspring. 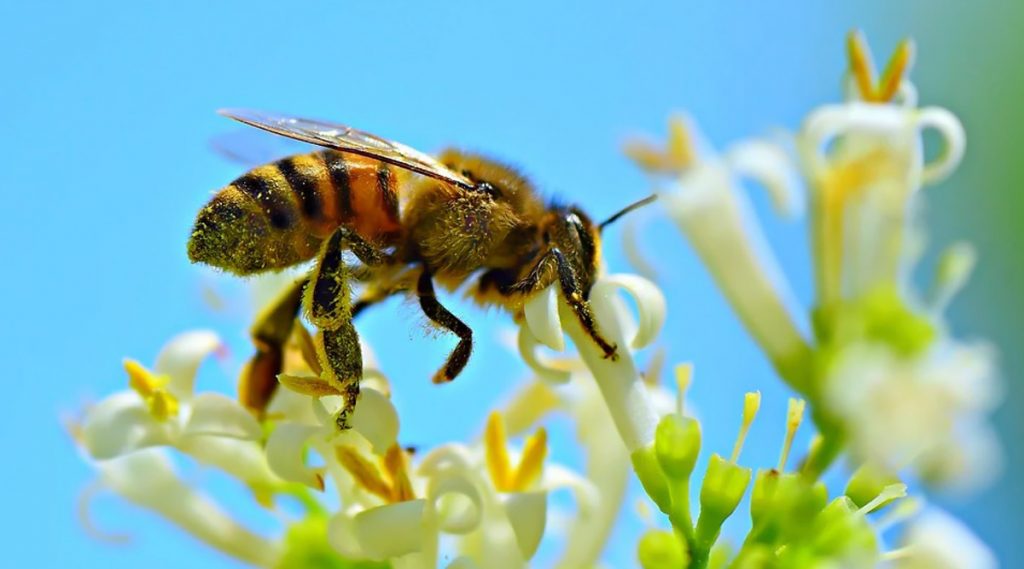