Inspiring indeed are the terms Olympic and its medals
As much as the Olympic Games and Olympiad- nice models
Olympic spirit to prevail in all human beings quite sure
Will make the society harmonious and friendly very pure!

Olympic day to observe the Olympic values- great four
Fair Play, Perseverance, Respect and Sportsmanship more and more!
The day to celebrate Olympic committee’s pillars three
Move, Learn and Discover- not only in sports but in life free!

Twenty third June –International Olympic Day is observed
Learning sports right from the childhood in the life of all brings all good
To learn, parents and schools to encourage – a sumptuous food
Food for good health and happiness, harmony and joy for ever
Support to spare an hour each day sure and pure -neglect never!

In an earlier Sunday Story in ENVIUS THOUGHTS an elaborate presentation was made under the title “FAIR-SOME FOUR” bringing out the greatness of the NUMBER FOUR. Observing the views and responses, I thought of venturing into exploration of the NUMBER SIX and here are the ENVIUS THOUGHTS on the subject.

SIX indeed appears to be a very strong number in several modes.
In Hindu Pantheon, younger son of Lord Shiva is Subramanya alias Karthikeya alias Arumuga alias Murugan alias Kumaran…………………..! He is picturised with SIX heads, six pairs of eyes, ears and hands!
He is a very powerful God granting all the great and noble prayers of His sincere devotees. His SIX heads symbolize the purpose of HIS existence. In Hindu theology, a trasarenu is the combination of 6 celestial paramānus (atoms)

Shanmata meaning “Six Religions” in Sanskrit, has its origins in the hoary past. While these Six Religions of Vedic Culture initially had separate followers, theologian Adi Shankara, the 8th century Hindu philosopher, worked to bring together the adherents of the Six Religions into one through spreading his Advaita Vedanta philosophy.
Adi Sankara’s followers worship one divine power, Brahman in all its six manifestations. It centers around the worship of the Six of the supreme Deities of the Vedic religion- Shiva, Vishnu, Shakti, Ganesha, Surya and Skanda as One. This is based on the belief in the essential oneness of all deities, the unity of Godhead, the one divine power, Brahman.

Normally living beings are endowed with five senses; but man the roof and crown of creations has SIXTH sense!

In cricket, when the hit ball crosses the boundary without pitching on the ground it gets him SIX runs and called a SIXER.

Many of the heavy vehicles have SIX wheels.

SIX times of urination in the course of a day of 24 hours is an indication of normal health.

An Indian’s normal height is anything between 60 to 70 inches; but there are people of SIX feet tall!

Foot scale has SIX inches; of course normal is 12 inches.
This Blogger has referred to his morning walk of twelve rounds in our Youth World in Jeevan Bhima Nagar, Chennai where I reside since 1998 totaling 4 kilometers between 3 and 4 in the early morning.
The track has 6 slabs of 18 inches each thus making the track 9 feet wide!

The number 6 refers to earthly matters, and you can find naturally occurring instances of 6 in magnified photos of water crystals and snowflakes. Slice open a tomato or bell pepper and you often find six chambers

In numerology,
6 is considered the most harmonious of all single-digit numbers. The most important influence of the 6 is its loving and caring nature. Properly nicknamed the motherhood number, it is all about sacrificing, caring, healing, protecting and teaching others. No family or community can function without the power of the 6 to keep them together and safe. She is the glue that keeps a family or community together.

In Bible
The number six is symbolic of man in many ways because man was created on the sixth day. For another thing, men are appointed to work for six days and after six days of labor, they are to rest on the seventh day. The sixth commandment prohibits the murder of man and the supposed unholy trinity of the beast and his number is 666 so this is why it is sometimes referred to as an unholy trinity and as such the bringing together of three 6’s is the number and mark of the end time Beast of Revelation. As such, it represents the very best human system of governance that mankind can produce without God and remains under the constant influence of his chief adversary the Devil so it inherently falls far short of the standards by which God puts forth in the Bible

SIX SIGMA CERTIFICATION
Latest craze is on the programs conducted for Green Belt/Black Belt which to me appears to be something Greek and Latin at the moment! Somebody was referring to this as the money spinning methods and I was totally in disagreement with that gentleman and I don’t dismiss such programs so casually. It must have its own values and merits internationally recognized.

In a standard guitar there are SIX strings.

There are Six articles of belief

Fasting six days of Shawwal, together with the month of Ramadan, is equivalent to fasting the whole year
Thus the great NUMBER SIX has an unending significance from several angles. I hope my esteemed viewers would have enjoyed the read of this Sunday Story. Thanks. 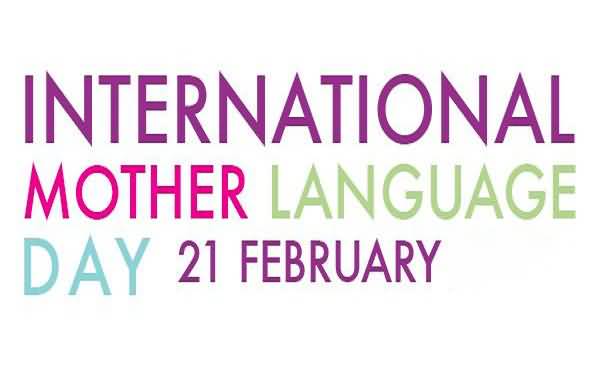 Where was the language millions of years ago!
Animals and humans, trees and plants, hills and mountains
All speak a language one or the other today sure
Language includes dialects sans a form very pure.

Hundreds of languages all over the world they speak
May be dialect-language helps understand we seek.
Mother language taught by mother is indeed great
None to feel ashamed to speak-certainly a treat! Great seeker of God through truth.

Seeker of the Lord Almighty I am
Singing sweet in praise of Him while I am
Seeker of the pleasure of serving all
To help my grand society stand quite tall.

Seeking pleasure is wrong it is said
Singing sweet in pursuit of pleasure
Mental, intellectual and spiritual
Indeed is great and lasting ideal.

Come on seekers let us all join and sing
The glory of God and His creations
One excelling the other in service
Sure in the world to prevail joy and peace!

In the creation of the Lord Almighty, the Great God
Humans or animals, trees or plants, happy when young- my Lord
It is Thy making and as a sapling I am very happy
That I will be of great help to the humanity as I grow!

To provide shelter to the men and animals, give food
To all the living beings with my fruit sweet doing good
We sing when we are at peace and ease all around
I sing that you are all here to take care of me abound.

In a big storm my elders unable to stand the dance
Of wind fall- till I come of age, flexible I am –no chance
Of my falling –flexible among you survive- the rigid not
Come on let us all sing together for the welfare in our slot!

In the creation of God-the Lord Almighty
Good and bad, joy and sorrow part of the mighty
And the lowly; we call it karma of our past
“Help ever and hurt never” keep us well to the last.

Health and ill health many a time we are the cause
Let us take care in all respects sure lest alas
We have many including leprosy, my God
People around detest and look down upon, Lord.

Mahatma Gandhi hosted and treated at home
A leprosy patient and that made him Mahatma
Leprosy not incurable, God and Doctors cure
Free from the same by their efforts and grace quite sure.

Described as the “Mahatma Gandhi” of Japan, The Nippon Foundation’s Chairman Yohei Sasakawa has made it his life’s mission to help eliminate leprosy

India that is Bharath- my holy Motherland
Indeed is a punya bhumi- very sacred land
Vasudeiva kutumbakam- universe our home
Accommodating all faiths and religions wholesome.

All religions have their principles and practices
Aimed at making the people noble and human
All to follow meticulously with advantages
A boon indeed to the humans through tradition.

Gate of Vaikuntam opening in Triplicane, Chennai on the holy day of VAIKUNTHA EKADASHI.